Following trial in the Bronx a jury awarded our Putnam county Plaintiff $7,640,000.00 for injuries he suffered working at a NYC construction site. The defendants appealed to a five Judge panel in Manhattan and several years later most of the award was upheld and with added interest we collected in excess of $8,000,000. The award included $700,000.00 for the construction workers wife.

We obtained a $1,250,000.00 Manhattan verdict for construction worker injured when he fell on a NYC rooftop injuring his hip.

Following jury selection in Westchester County the insurance carrier for a NYC doctor paid $1,900,000.00 from a $2,000,000.00 policy to settle with our client who was harmed by the doctor’s malpractice concerning treatment of client’s prostate cancer.

A Federal jury in Manhattan (which included an FBI agent) awarded our retired Westchester County police officer $315,000.00 including punitive damages (very rare) for aggravation of a prior shoulder injury he received when a local police officer shoved him into a wall at a high school basketball game. Defendants appealed to the U.S. Second Circuit Court and the verdict was upheld.

A unified trial on liability and damages resulted in a $425,000.00 award for our client who was knocked down by someone else’s dog causing back injuries.

Our medical practice claim against a NYC hospital resulted in a $300,000.00 settlement where we alleged the hospital violated the Federal anti dumping laws.

Over $800,000.00 collected for neck injuries sustained in car accident

A NYC jury awarded our client $900,000.00 for neck injuries sustained in a car accident. Defendant’s submitted a post trial motion and the trial Judge agreed that the jury awarded too much money. The award was reduced to $700,000.00. Not satisfied with that reduction the insurance carrier appealed. The appeals panel upheld the $700,000.00 award and with interest we collected over $800,000.00.

$600,000.00 awarded to client for injuries suffered when a local police officer arrested and assaulted him

A Federal jury in White Plains awarded our retired corrections officer client $600,000.00 for injuries he suffered when a local police officer arrested and assaulted him. The verdict included punitive damages (again very rare) above the $600,000.00. We settled the punitive damages award for an unspecified amount.

We secured a $3,900,000.00 settlement for a widow whose husband dies as a result of medical malpractice

We secured a $3,900,000.00 settlement for a widow whose husband died as a result of medical malpractice committed by a vascular surgeon. This case took longer than normal as at the first trial the Judge actually dismissed the case. We appealed and the appellate court reversed the trial Judge and reinstated the case. We settled as we were about to select a jury on a retrial.

We recently secured another $3,900,000.00 settlement for a Dutchess construction worker who was injured in Mt. Vernon working on a Con Edison repair project.

Following trial in NYC a jury awarded our client, a construction worker, $2,000,000.00 for hip injuries he suffered at a NYC construction site. Here Mr. Young appeared as trial counsel for the attorney of record.

We recently settled a medical malpractice claim alleging a hospital failed to timely diagnose lung cancer on an elderly Westchester resident. The claim was settled for $725,000.00 while defendant’s summary judgment motion was pending.

The bowel of a client undergoing an abdominal procedure was cut by surgeons who failed to timely diagnose their error. Following all discovery the claims were settled for $825,000.00.

Judge awarded $2,000,000.00  to client in bench trial for injuries sustained in assault at bar

A Judge in Putnam County, at a bench trial, awarded our client $2,000,000.00 for injuries resulting in an assault at a bar. This was part of a dram shop claim.

Security guard received $950,000.00 settlement for back injury caused by defective conditions at resort

Mr. Young recently acted as trial counsel for another lawyer whose client was injured in Sullivan County at a resort. The client, a security guard, fell on a defective condition suffering back injuries. The defendant only had $1,000,000.00 insurance and Mr. Young, at mediation, accepted $950,000.00 to settle the case.

Further details on the above results are available to the curious. 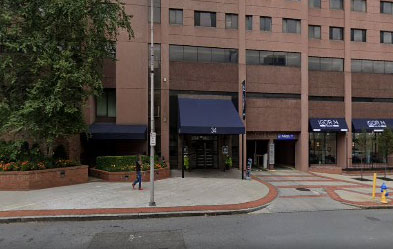 “Very professional, with high quality work. The firm’s diligent efforts are much appreciated, as they helped me during a time when I felt quite helpless. I will continue to refer friends and family to this firm. Thank you.”
Christina Canty